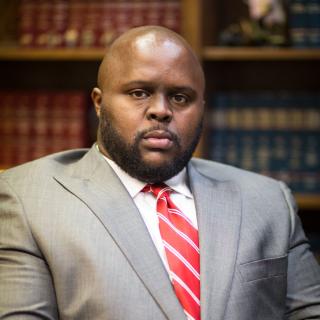 Attorney Christopher Washington is a native of Simmesport, Louisiana. He is a partner in the firm of Daniels & Washington, L.L.C. He graduated from Avoyelles High School in 2000. While in high school he was an honors student as well as a four-year member of the Football and Track and Field team.

Mr. Washington attended Louisiana State University in Baton Rouge where he received a Bachelor’s degree in Political science with a minor in Business Administration in 2004. Afterward, he earned his law degree from Southern University Law Center in 2007. Attorney Washington is licensed to practice before all state and federal courts in Louisiana. 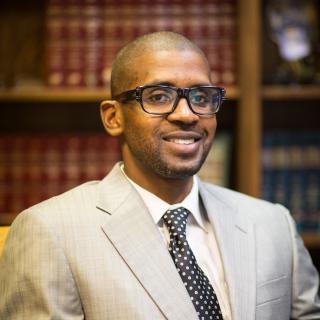 Attorney Harry Daniels, III, is a native of New Iberia, Louisiana. He is a partner of Daniels & Washington, L.L.C. He graduated from New Iberia Senior High School in 1998 where he was a state champion athlete, in Track and Field. He attended the University of Louisiana at Lafayette where he received a Bachelor’s of Science in Business Administration in 2004. He earned his Juris Doctor from Southern University Law Center in 2007. Attorney Daniels was awarded the 2007 Criminal Law Clinic Award.

While in Law school he clerked for James E. Boren, where he was taught the about the plight of indigent parties. Additionally, while in Law School, and immediately after graduation he assisted Mr. Boren in the Jena 6 case by representing Robert Bailey. He is a member of Kappa Alpha Psi Fraternity, Inc., Louisiana Criminal Defense Lawyers Association, National Association of Criminal Defense Lawyers, and the Baton Rouge Criminal Defense Lawyers Association. He has served Capital Area Legal Services since 2007 by representing indigent clients with legal counsel in the areas of Family Law, and Estate Planning. Attorney Daniels was awarded the "Going the Extra Mile Award" in 2010 by Capital Area Legal Services.

“Being a trial lawyer means dedicating oneself to standing up for the rights of people, never selling out, and caring about truth and justice. My clients are family to me. I give them my all.” Attorney Harry L. Daniels, III

At Daniels & Washington, we have the experience and dedication necessary to successfully handle your case, no matter what the circumstances may be.
Click here to get started